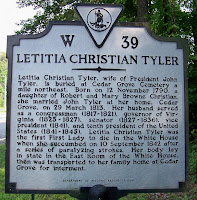 Marker Text: Letitia Christian Tyler, wife of President John Tyler, is buried at Cedar Grove Cemetery a mile northeast. Born on 12 November 1790, a daughter of Robert and Mary Browne Christian, she married John Tyler at her home, Cedar Grove, on 29 March 1813. Her husband served as a congressman (1817-1821), governor of Virginia (1825-1827), senator (1827-1836), vice president (1841), and tenth president of the United States (1841-1845). Letitia Christian Tyler was the first First Lady to die in the White House when she succumbed on 10 September 1842 after a series of paralyzing strokes. Her body lay in state in the East Room of the White House, then was transported to her family home at Cedar Grove for interment. 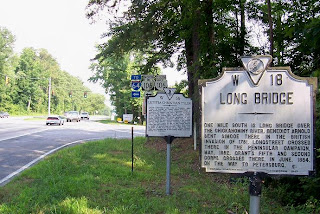 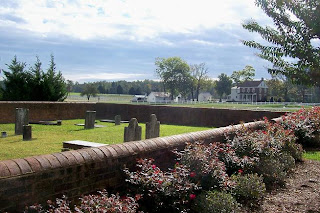 Mrs. Tyler had already become an invalid confined to her chair for two years before her husband became president.
Photo on left is the Cedar Grove Cemetery with the home in the background.
Mrs. Tyler was born and raised in the country side surrounding this marker in New Kent County, Virginia. As many women of her era, she was instructed in the duties of a wife and mother, learning skills of managing a plantation, rearing a family and presiding over a home. During the political years of John Tyler, prior to his becoming president, she only once joined him in Washington for the winter social season, choosing mostly to remain in her home in Virginia, where she was most comfortable with her Bible, prayer book and knitting by her side. After John Tyler became vice-president he thought he could spend most of his time at their home in Virginia, since the duties of a vice-president were non-demanding at the time, but this lasted only one month before becoming president. 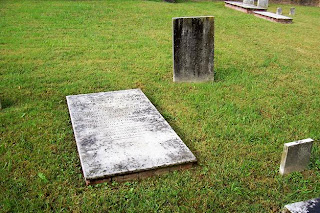 Mrs. Tyler had eight children of which seven survived.

Mrs. Tyler's daughter-in-law, Priscilla Cooper Tyler, described her as "the most entirely unselfish person you can imagine... Notwithstanding her very delicate health, mother attends to and regulates all the household affairs and all so quietly that you can't tell when she does it." 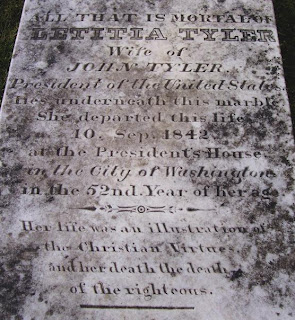 The cover stone over Mrs. Tyler's grave reads: “All that is mortal of Lettitia Tyler, Wife of John Tyler, President of the United States, Lies underneath this marble, She departed this life, 10 Sep. 1842 at the President's House in the City of Washington in the 52nd Year of her age. Her life was an illustration of the Christian Virtues and her death the death of the righteous.” The Cedar Grove Cemetery is one mile north of this marker on Route 106, on the left while traveling north, sign for cemetery is difficult to see.

For a more detailed description of Mrs. Tyler's life go to Biographies of First Ladies.

You were probably wondering who the other two first ladies were who died in the White House: Caroline Harrison (1892), wife of Benjamin Harrison and Ellen Wilson (1914), wife of Woodrow Wilson.

Posted by Little Bits of History at 8:54 AM